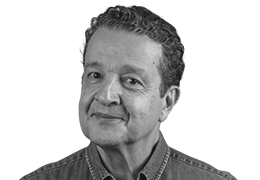 Dear Mr. Jerome Valcke
Please will you forward this appeal to FIFA President Blatter.
Thank you.

Recently I discovered disturbing facts regarding the president of the Brazilian Futebol
Federation (CBF), Jose Maria Marin and the assassination of my father, the journalist
Vladimir Herzog (http://en.wikipedia.org/wiki/Vladimir_Herzog).

I started a petition asking that Marin is removed from his post as the president of CBF
and as the person in charge of World Cup 2014 Local Organisation Committee.

We collected over 50 thousands signatures. I send this petition to all Football State
Federation in Brazil, to CBF and to all A Serie football clubs (the group that elects CBF
president).

Myself, thousands of Brazilians and the local and global press are outraged that we have a person that built his life supporting a dictatorship and embraced the secret police of that regime that kidnapped, tortured and assassinated dozens of people demanding a return to democracy and freedom. My father was one of these victims.

It is unacceptable that we have someone with such terrible background as Jose Maria Marin as the representative and host of the 2013 Confederation Cup and 2014 World Cup.

President Blatter, I appeal to you to refer Jose Maria Marin to the FIFA Ethics Committee for conduct unbecoming a football official and unfitness to hold off ice In the organisation.